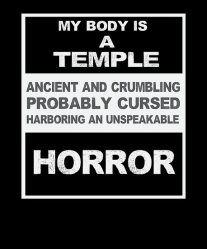 At the end of December, my body felt like it was a college party in which all the guests stayed far too long and made a horrendous mess.  I was not kind to the personal temple of my being the last month of this year.   My husband was working long hours and I was stressed out at work due to major changes.  As a result we ate far too much take out food and we drank more wine, coffee and beer than usual.

I had read about “Dryuary“, when you give up alcohol for the entire month of January.  While I’m not one to usually hop on trends, given how I was feeling, this seemed like a great idea.  I also decided to forgo raiding the chocolate and candy bowls at work as well, since I had read that some people unfortunately had upped their sugar intake when giving up the booze.  I figured my liver would appreciate the break from both for 31 days. While I am going alcohol free the entire month, I am allowing a candy “cheat day” on Friday and having one or two pieces of really good dark chocolate. (And damn, that Ghiardelli chocolate was delicious!)

I’m sitting now day 5, which is kinda sorta the end of the first week.  While in some respects its been easy, in other ways, it feels a bit like a health exorcism.

Weight loss.  Yes, you want to lose weight, cut out booze and candy.  This isn’t rocket science, folks.   I’ve lost 3lbs since the 1st of January and my clothes are fitting better.   I also have more energy to  exercise, and will be starting the Tuesday circuit class again.  Which brings me to the next point.

Energy.  Damn, I found I can make it past 9 pm now.  (Except last night, more on that below).  I actually have energy at the end of the work day to do more than sit in front of the TV/Laptop/iphone and slowly doze off after dinner.   I feel like a drugged sloth that suddenly work up to discover they had been changed into the Energizer Bunny.  While nice in some respects, its a bit jarring to go from first to fourth gear after months of feeling fatigued.

Sleep.  Here’s where my body is shaking off the demons.  Everyone says they sleep better during Dryuary.  I’m still waiting.   My sleep pattern is completely haywire and I’m having the wildest dreams at night.  As a result of several nights of uneven sleep, I actually crashed and burned out early last night–and slept 12 hours straight.  I am hoping that it signified my body getting used to new patterns and things will be better going forward.

Date night was interesting.  My husband and I alternate choosing places and he choose a restaurant near us called “515 Kitchen and Cocktails”.   As the name implies, they are known for their cocktails: the food menu is two pages long; the cocktail list resembles a decent sized novella.  This could have been a bad start, but I found they make a really tasty virgin mojito, which may be my go to for date nights that involve places with bars.  I did however, binge more on the truffle fries than was probably good for me.  Did I miss the cocktail? Yes.  But not as much as I thought I would.

So if you are looking for the TL:DR version of week one.  I have more energy, feel better and have lost weight. Sleep patterns are all over the place.  And I survived a date night without a cocktail with dinner.

On to week two!

1 thought on “It’s going to be long, dry January”